Endoline Automation has reported an uplift in enquiries from Irish manufacturers for its end-of-line systems by almost 500% over the last 12 months.

The news follows reports that almost two-thirds of Irish businesses will be using AI or machine learning by 2023 to boost Ireland’s economic competitiveness on a global level.

“The increase we have witnessed from the Irish market has been considerable,” comments Endoline Automation’s Export Manager, James Ramsay. “Endoline has always had a good relationship with manufactures based in Ireland, including large globally recognised companies, however demand has increased fivefold.”

“Our award-winning, 744 Fully Automatic Random Case Sealer has set new standards in high speed, random case sealing and has proved incredibly successful in Ireland,” James continues. “This system is especially ideal for the range of big multinational companies who have based themselves in Ireland due to the logistic links. However, we are also seeing rising demand for our entry level case erecting and sealing solutions as SMEs turn to automation due to a lack of manual workers.”

Endoline has seen considerable success within the Irish egg industry over the years. Largely through the company’s links to egg grading, packing, and processing manufacturer Moba.

One such installation took place with Ballygarvey Eggs. Based in Northern Ireland, Ballygarvey supply 250 million eggs in a 60/40 split to supermarkets and foodservice customers throughout the UK and Ireland.

Back in 2016 the company faced a growth in demand and realised that their original packing plant, which was manually operated, could not sustain the volume of output required. “We designed and built a new packing plant just 5k away from the original unit.” Explains Mark Davison, Managing Director of Ballygarvey Eggs, “While this site would remain manual handling small volume lines, we wanted the new site to be a fully automation state of the art egg packing plant to deal with the number of variations in packs for our larger customers.”

With 25 different configurations of egg boxes Ballygarvey needed an automated line which was reliable, high speed and, above all, flexible to deal with the changing demands from supermarkets.  Following global demand for its 744 fully automatic random case sealer, Endoline designed and built RACE – a random automatic case erecting system to boost their SMART machinery portfolio and meet the needs of Ballygarvey.

Designed with dual opposing hoppers RACE not only allows for different sized cases to be run at any one time but downtime is eliminated as one hopper can be re-loaded with cases while the other side continues to operate.  Capable of feeding up to three packing lines at any one time RACE also incorporates Endoline’s unique dual opposing vacuum technology, which ensures each case is opened positively to overcome any tearing.

“Two different case sizes can be run on the RACE system at any one time so each hopper is loaded with cases – one size per side – and during the packing operation a sensor, fitted to the packing line conveyor, will communicate which case size is required,” James explains. “The RACE then automatically adjusts itself to form the case required and send it down the relevant line – all of this can be completed at a speed of up to 14 cases per minute. Significantly the time it takes to change or load more cases into a hopper are eliminated as, while one hopper is re-loaded, the other hopper can still be in operation.”

Once all the eggs, within the new Ballygarvey site, are checked and graded, and packed into egg boxes via Moba systems they are run through one of two packing line types. One is low speed manual operation with workers manually erecting outer boxes and filling them, via six packing lines with egg boxes. The second line features RACE which feeds formed outer boxes to a further six packing lines, which are operated by robots. However, once all the cases of eggs are filled at the 12 packing lines, they all feed into the Endoline 744 fully automatic case sealer – at a rate of 126,000 eggs per hour.

Endoline Automation’s own team of in-house engineers work with manufacturers during the installation process and offer ongoing spares and servicing support to safeguard the longevity of the systems. 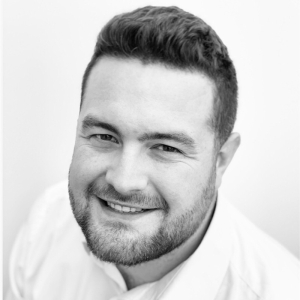 For further information on our installation at Ballygarvey Eggs please read the original case study.