The twin capabilities of the robotic systems allows for the independent processing of two individual packing lines and Endoline, who work closely with MOBA as a preferred supplier of case erectors, were called upon to install machinery which would manage the flow of formed boxes into the MOBA systems.

Endoline integrated four of its slimline, 251 case erectors into the packing lines, to work in tandem with the MOBA loading cells.

Measuring just 1 metre by 2 meters, almost half the size of traditional case erectors, the slimline nature of the 251 case erectors means that limited factory floor space has been taken up within Bird Bros’ factory.

In addition, due to the shape of the area in which the systems were due to be installed, Endoline created a layout to work within the restricted space. The company also designed the conveyor layout, installing chain transfer conveyors to make quick 90 degree turns, to reduce the overall length of the system.

The 251 case erectors are now erecting and loading four different case formats simultaneously at speeds of up to nine cases per minute. However, with greater speed capacity, Bird Bros now has the flexibility to increase their offering and take on further business if required.

The filled packs are then fed through to an Endoline 734, fully automatic random case sealer which was installed within the Bird Bros factory several years ago.

Automating the process has also enabled Bird Bros to reduce waste as Matthew Bird, the company’s Commercial Operations Director explains: “The smaller, catering packs are inherently difficult to pack. Due to the manual nature of packing eggs, waste can be an issue, however as a result of automating the lines, this has been eliminated. With increased efficiency, we have also decreased supply time so, where eggs have a shorter best before date, we have also reduced food waste for the end user.”

Significantly, by automating the entire process the eggs are not touched by human hand until they reach the consumer.

Joe Fox, Technical Projects Manager at Bird Bros who led the project commented: “We are delighted with the automated packing lines. Not only has it enabled us to increase

efficiency and redeploy employees who were previously working in monotonous, repetitive packing roles, it has also enabled us to meet sustainability goals.” 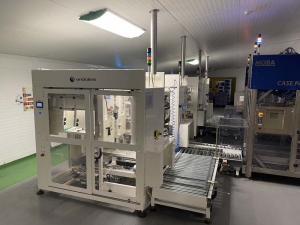 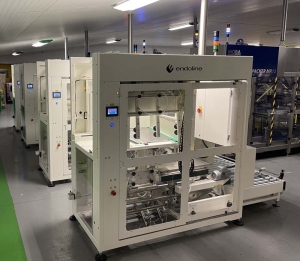 Image 2: The compact footprint of the 251 case erectors has kept floor space to a minimum.