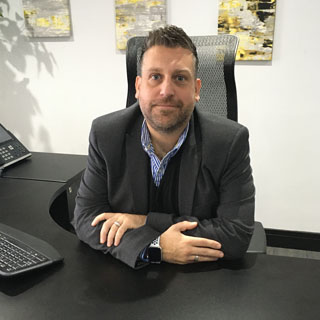 Endoline Automation’s Managing Director, Andrew Yates, has been appointed to the Processing & Packaging Machinery Association’s (PPMA) Board of Directors.

Andrew was named as one of four new board director appointments during the PPMA’s December board meeting. Consisting of 10 directors, the PPMA board is responsible for developing products and services which benefit its 520+ member companies.

Endoline has had a long relationship with the PPMA. Celebrating its 40th anniversary in 2021, the company has been an enthusiastic PPMA member for over 25 years and Alan Yates, Endoline’s Chairman and Andrew’s father, served as the longest running PPMA Chair.

Commenting on his appointment Andrew said: “I am delighted to have been accepted onto the PPMA Board of Directors. Endoline has been a staunch supporter of the PPMA and what it provides its members for decades. Through this position I hope to bring new ideas to the table which will help steer the association into the future, while taking inspiration from my fellow board directors.”

Each PPMA director has a functional role for which they are responsible for, and Andrew will be working alongside the publishing team.

PPMA comments “We are delighted Andrew has been voted, by the membership, to join the Board of Directors. We look forward to the positive contributions, ideas, and enthusiasm he will bring to future developments, strategy, and services the PPMA offers to all its member companies.” 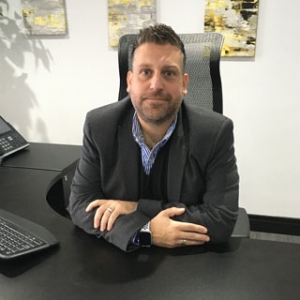 Andrew Yates, Endoline Automation MD, has been appointed to the PPMA Board of Directors 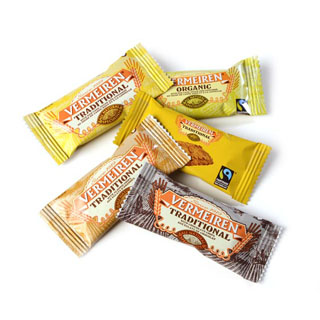 Signalling machinery longevity and customer loyalty, Endoline Automation, together with distributor Ferag, is set to install its sixth end-of-line packaging machine into a leading snack producer in Belgium – almost 30 years after the first machines.

The first end-of-line systems, which were installed almost three decades ago in 1994, are still in operation within the factory of Vermeiren Princeps today, erecting and sealing almost 15 million boxes of cookies in that time.

The baking roots of the Vermeiren family can be traced back to the 17th Century. In addition to bread, they were famous for their speculoos cookies and in 1919 the family carved out a new brand, ‘Vermeiren Speculoos’ solely specialising in the creation and supply of these cookies.

In its current form, NV Vermeiren Princeps, was established in 1947. As a successful SME located within the municipality of Bornem, Belgian, Vermeiren Princeps has continually invested in dynamic product development and today produces a caramalised biscuit range in addition to cookies and paste.

Each year the company’s two fully-automatic baking lines, overseen by 30 employees, bake up to 3,000 tonnes of its caramelised biscuits. Half are marketed under the Vermeiren label, while the other half are packaged under a private label and sold throughout Belgium and internationally. Individually packaged biscuits are supplied in various flavours to hotels, restaurants and cafes.

Ahead of its time, Vermeiren Princeps has been incorporating automated processing and packaging lines into its facility for several decades, however first and foremost is the integrity and quality of its brand.

“Vermeiren Princeps’ objectives to automation were to increase production output while lowering costs and improving the quality of the packaged product,” comments Sylvie Laigneil, Managing Director of Ferag Belgium NV, the long-standing Belgium distributor for Endoline Automation. “While keen to integrate new automated solutions, the company did not want to compromise on the heritage of its brand which is synonomous with creating quality, traditional biscuits.”

Testament to the quality and longevity of Endoline Automation’s machines, Ferag installed the Endoline 702 Fully Automatic Pre-Set Case Sealer and the 211 Fully Automatic Case Erector back in 1994. “These machines are still operating well and work across Vermeiren Princeps’ full product range,” comments Sylvie.

In the intervening years, Vermeiren Princeps has installed several more Endoline case erectors and case sealers as demand for their products has increased. Last year they installed a 607 Fully Automatic Pre-Set Case Sealer and a sixth Endoline machine – a 223 Fully Automatic Case Erector – is set to be installed this year.

“Vermeiren Princeps was our first Endoline customer back in 1994. The fact that they contine to order Endoline systems from us is reflective of the build quality and reliability of the machinery.”

“Our customer has reported that the machines are compact, easy to handle and extremley reliable.” 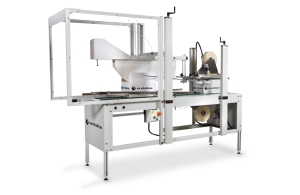